If we don’t know what nature is, how can we save it?

What are the European Commission’s plans for negative emissions?

Who are you calling barren?

I caught two rats at my mother’s house, put ‘em in a Walmart bag, and took ‘em to the Mexican restaurant.” America, plentiful in all manner of scenery: from its tropical beaches, to its rolling prairie lands, over grand mountain ranges, rugged plateaus, and barren deserts. So we learn in A Road Running Southward, travelogue written by veteran reporter and environmentalist Dan Chapman. He sets out on foot to explore the botanical wonders of the South, following the trail of his 19th century hero John Muir. Each chapter explores a local ecological problem: at risk species of flora and fauna, coal ash spills, deforestation, water wars. “We’re not separate. That state line is just a political line that divides us. Nature does not divide us.” Central to both Chapman’s voyage and account is the question, ‘If we don’t know what Nature is, how can we save it?’

Through asking what Americans have done to America, we see a culture in which a front yard, two cars and a white picket fence stand for freedom, a culture which obsesses over news coverage of ‘freak weather’ alongside a long history of climate change denial. It is worth nothing that the author himself is American as they come. He talks about baseball as if it were inherent to the human condition.

But Chapman makes for a vivid narrator. His style is lively, although prattling at times. For example, there really must be a way around ever referring to “the paucity of condo-free shorelines.” A clear Muir fanatic, his treatment of the eminent botanist can feel uncritical. Reproval of Muir’s homophobia and racism is contained within two lines. For readers outside of the US and Scotland, his encounters with people’s present day stories may prove more engaging than scatterings of Muir’s biography. Although, the Father of the National Parks did apparently throw a cat off a four-storey roof in his youth. Muir goes against the emerging idea in the 19th century that man is separate from animals, with lines like “When we try and pick out anything by itself, we find it hitched to everything else in the Universe.” Chapman’s travelogue really brings this idea to life – the range of ecological crises he witnesses illustrate the limitlessness of  climate disaster.

"It's hard not to read A Road Running Southward without the conclusion that, put simply, consumerism degrades our environment"

On foot, Chapman’s journey brings the sociopolitical effects of climate change alive for more than just a news headline. In August 2013, the Obama administration declared a fishery disaster in Georgia and Florida after the Deepwater Horizon oil spill and two years of droughts. A Road Running Southward looks at an oyster bay under threat in Eastpoint, Florida. Droughts increase the water’s salinity, encouraging oyster drills, a kind of predatory snail, threatening the oyster population and the farmers’ livelihoods. We read a lot about how increasing dependency on tech has disconnected modern life from Nature, but many interviewed in A Road Running Southward demonstrate a real love of their own local land. Chapman interviews a couple on Tybee Island, Georgia who, after two hurricanes four months apart ravaged their home, didn’t up sticks, but spent $300,000 on raising their house ten feet off the ground as they couldn’t bear to leave their slice of paradise.

The book is rich in stories connecting people with the land, and its clear that both corporations and the state have more to answer for than the individual. Apparently, Mark Twain once said, ‘Whisky is for drinking – water is for fighting’. One of the biggest ecopolitical issues in the Southern US is water rights. Chapman collects testimonies on ‘Water Wars’ over the Chattahooche River. A local activist laments the insanity of fighting over an essential natural resource. “We are all connected, and water is what runs through us all, in our bodies and on our planet. It is the most basic thing we need to exist. It’s the most simple thing. And yet . . .”  The mad thing is that the disputes don’t even come down to water scarcity.  Corporations appear to only worsen the Water Wars and Chapman covers local fury caused by Nestle’s large scale demands on local resources whilst public water-quality worsens.

Chapman travels to Gatlinburg, birthplace of Dolly Parton, a mountain town in Tennessee known as the gateway to the Great Smoky Mountains National Park. This natural beauty destination is so built up with an amusement park and 10,000 pancake houses, that you can barely see The Smokies from the town. It is at Gatlinburg that Chapman learns the legend of the rats in the Walmart bag.  It’s hard not to read A Road Running Southward without the conclusion that, put simply, degrades our environment.

One of the most harrowing episodes follows the aftermath of the 2008  coal ash disaster in Kingston, Tennessee. Where a coal plant crumbled, sending coal ash sludge into the Emory and Clinch Rivers, burying Swan Pond Creek and 300 acres of land under as much as six feet of toxic mulch. Workers hired to clear up the spill were left with a host of life-changing health conditions. The plant still burns 14,000 tonnes of coal daily and stores the by-product in an adjacent lined landfill. The bottoms of Emory and Clinch rivers are still lined with 500,000 cubic yard of ash. The US still gets about 20% of its energy from coal, with John Kerry promising after COP26 that the US would close all coal plants by 2030.

On the way, Chapman speaks to a Muir impersonator who rants about “fools who think they can ‘dollarize’ everything in nature, like the logging, mining, and energy industries in particular.” A Road Running Southward shows so many individuals and organisations doing their best to confront ecological disaster, but consumer capitalism wins out every time. Perhaps in today’s world, knowing what Nature is means knowing how much it costs, and how much it will cost us if we don’t save it.

A Road Running Southward: Following John Muir’s Journey Through an Endangered Land is published by Island Press and can be purchased here.

Lauren is an Assistant Editor at LCR.  She writes about global climate policy, China, and discussions of the environment in art. Find her LinkedIn here, or email her at lauren@elc-insight.org. 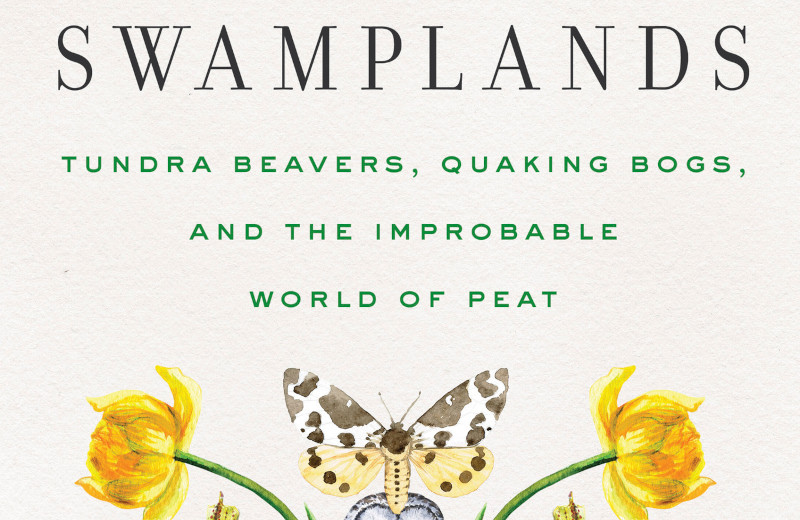