Reforming farm subsidies can restore nature to the British countryside

The Director of the UK’s Conservative Environment Network sets out his vision for sustainable farming in the UK. One of the clearest opportunities of Brexit for the UK – and by far the most environmentally significant – is the chance to reform farm subsidies. Last year, the legislation to enable this reform in England, the Agriculture Act, reached the statute books. The Department for Environment, Food and Rural Affairs (DEFRA) has since released a steady stream of policy documents fleshing out the design of this new policy. With pilots for the first scheme, the ‘Sustainable Farm Incentive’ (SFI), due to begin later this year, it’s important that the UK government moves decisively and comprehensively away from the EU’s failed Common Agricultural Policy (CAP).

The case against the CAP has been made many times but the main points bear repeating, as they underscore why fundamental change is so important. Farmland bird numbers have fallen by 48% since 1970. Woodland cover in England is just 10%. Around two thirds of English rivers are not in good ecological condition, with farming the main source of sediment and nitrate pollution. Ammonia emissions – harmful to human health and biodiversity and principally caused by agriculture – have risen in the past decade despite UK international commitments to cut them.

To be clear, these worrying environmental facts do not reflect a disregard on the part of farmers, most of whom simply follow the perverse incentives the CAP has created. Nor do they reveal the many examples of farmers doing wonderful things for the environment on their land.

The CAP’s failure is not just environmental. Agricultural productivity growth has been lower than the UK’s international competitors. More than half of English farm businesses have an annual income of less than £25,000, with 13% of farms having negative income. The age profile of farm holders is skewed heavily towards older generations – over a third of all farm holders in the UK are over the age of 64 years, while just 3% of holders are aged less than 35 years.

Farming sectors in many European countries have fared better than the UK, so the CAP is not the sole cause of the industry’s malaise, but as the UK’s principal agricultural policy it clearly has failed in fostering a thriving sector. Brexit gives a once-in-a-generation opportunity to design something so much better.

There is a potential global prize at stake here too. Farm subsidies are hugely trade distorting, as they artificially lower the cost of food production and create an uneven playing field between nations. Currently the fifty biggest food-producing countries subsidise their farmers by around $700 billion each year. These subsidies drive unsustainable agricultural practices around the world, with dire consequences for biodiversity and climate change.

An international shift away from production and area-based subsidies towards payments for environmental benefits would therefore be a win-win for trade liberalisation and environmental protection, both of which are strategic priorities for post-Brexit Britain. The UK should work with its international trade partners, when negotiating new trade agreements, to encourage the phasing out of harmful agricultural subsidies, while adding safeguards to avoid the undercutting of high environmental standards.

Such reforms are potentially a template for the UK to display to its international partners at COP26 this week in Glasgow. They could provide a scalable mechanism for supporting nature-based solutions to climate change, providing revenue to land managers and farmers who deliver ecosystem services on their land. If replicated internationally, this could unlock billions in private finance for critical large-scale nature restoration.

The blueprint for the new policy looks promising. DEFRA is developing three distinct but related schemes. The first, SFI, will pay farmers to farm more sustainably, use inputs more efficiently, and manage soils more prudently. The second, Local Nature Recovery (LNR), will pay for locally targeted habitat creation, including nature corridors which allow wildlife to more easily move around our countryside. The third, Landscape Recovery (LR), will fund large-scale nature restoration, including the creation of new woodlands and the rewetting of peatlands.

These three schemes, if designed in the right way, can effectively address the needs of the farmed environment, as well as the farming sector itself. First, they can make food production more sustainable. This is essential if we are to reduce the greenhouse gas and ammonia emissions, and the water pollution, caused by farming without simply offshoring food production to other countries. Second, they can encourage more land – principally the less agriculturally productive parts of the country – to be managed for nature’s recovery and as carbon sinks, which is imperative if we are to address the climate and nature crises.

There are a few ways in which the schemes could be further strengthened from an environmental perspective, however. First, many of the outputs in SFI are good business practice and make good economic sense, such as more targeted application of artificial fertilisers. Since they should pay for themselves, payments for these outputs should be progressively phased out in favour of regulation.

Second, the rollout of the upper two schemes – LNR and LR – should be accelerated where possible, since they will provide the greatest environmental benefit and value for taxpayers’ money. While applications for farmers to participate in the large-scale pilot of SFI recently closed, there is still not even a detailed blueprint of what LNR and LR will look like, never mind a firm date for pilots. Accelerating these more advanced schemes now would signal to farmers that the government expects the majority of them to progress beyond SFI into more environmentally demanding schemes.

Third, there should be firmer commitments to use market mechanisms, such as reverse auctions, where possible, in LNR and LR. Auctions would help find the optimal payments rates for farmers, maximising public value for money through competition.

Fourth, some funding should be allocated for government-private sector partnerships, where public funds are blended with private-sector funding for environmental improvements, such as payments from water companies to reduce nutrient run-off or from large corporates to offset carbon emissions. This will stretch public money further and lead to better environmental outcomes, while avoiding the state crowding out private actors.

Farmers face many challenges at the moment, not least the changes in the UK’s trading relationships. They understandably feel nervous about radical policy changes in the sector, particularly since the agriculture ministry has taken a long time to publish details of these new schemes. But ministers should proceed with their reforms.

In fact, the UK government should be proactive in making a positive economic case for their reforms to farmers. The British food brand is built on high environmental standards. And although UK standards are higher than many countries, it does not produce truly sustainable food. Bolstering the UK’s sustainable brand through subsidy reforms is critical to maintaining its leadership position in this global market.

Another reason why this matters for farmers is that the agricultural industry relies on abundant wildlife that pollinates crops and provides natural pest control; it relies on abundant and clean water to irrigate crops; it relies on a stable climate that provides sufficient but not a surfeit of rain; and it relies on fertile soils rich in carbon, biodiversity, and nutrients. Decades of bad policy has seen these natural assets gradually degraded – and with it the long-term profitability of the sector has been jeopardised.

A productive farm sector requires multiple potential income streams so that farmers can optimise their business models and maximise their profits. Recent years have seen more farmers diversify into providing commercial office space and setting up farm shops. These reforms could create a whole set of new business opportunities from the provision of ecosystem services and eco-tourism experiences. Any transition is hard, but this is a necessary one and with the right support for farmers we can make a success of it.

With the legislation passed, the government must now take full advantage, to ensure they hand on a healthier environment to future generations.

Sam Hall is the Director of the Conservative Enrivonment Network (CEN). Previously, he was the Head of Research at the liberal conservative think tank Bright Blue. 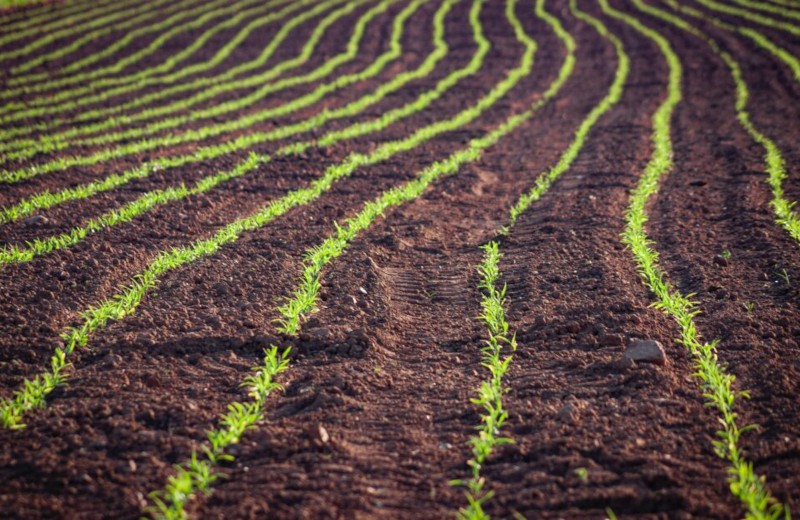