Why we need a Global Climate Reparations Fund

Loss and damage from climate change has already cost hundreds of billions of dollars. Professors A. Karim Ahmed and Audrey Chapman propose a mechanism to address the moral and financial debt owed by highly industrialised nations. It was over four years before many families in Tanna could move back to their homes.

Tanna is part of the archipelago of Vanuatu, a small island state in the South Pacific Ocean. Every year the residents watched as the sea around them slowly but relentlessly rose by about 6mm – double the global average caused by increased glacier loss and snow and ice melting in the Earth’s polar regions. Then one day in early March 2015, the category five cyclone Pam blew into the unprotected island, with sustained winds of 250 kilometres per hour.

Not until mid-March did the intense storm show any signs of weakening, while nearly half of its 250,000 inhabitants were suddenly displaced. The island suffered an estimated $450 million in damages, about two-thirds of its annual GDP.

Incidences of the devastating impacts of climate can be repeatedly cited in many low- and middle-income countries around the world. Mozambique has witnessed a series of extreme weather events during the past decade, with damaging cyclones and persistent flooding interspersed with repeated heat waves and prolonged droughts. In Puerto Rico, a preliminary cost estimate from 2017 hurricane Maria alone caused an estimated damage of $91.6 billion, while the 2013 typhoon Haiyan killed more than 6,000 people in the Philippines.

Back in 2010, unprecedented heavy monsoon rains and widespread flooding in Pakistan’s Indus River basin displaced and affected some 20 million people. Nearly 2000 died, as well as 200,000 livestock. The flooding submerged 17 million acres of productive farmland of rice, sugar and cotton fields, and caused an estimated $43 billion in property damage.

In Bangladesh, recent assessment studies project that some 90 million people – over half of the country’s inhabitants – live in “high climate impact areas” from increasing sea level rise. Large-scale population displacement has already occurred within the country, mostly from flooded coastal areas to populated urban regions, where it is feared considerable civic unrest could occur if this migration pattern continues.

While climate change cannot be entirely blamed for all the damages incurred in these severe episodes, a number of studies show that it has significantly contributed to both the frequency and intensity of extreme weather events. Mozambique, Puerto Rico, the Philippines, Pakistan, and Bangladesh are all among the ten most climate change impacted countries in the last decade, according to the NGO Germanwatch.

Clearly, the loss and damage in low- and middle-income countries from extreme weather events is already in the order of hundreds of billions of US dollars. Unless adaptation measures and resilience programs are soon enacted, the ultimate costs will be much higher. The most pertinent question to ask now is: who is most responsible?

Without doubt this responsibility can be placed on the shoulders of highly industrialised countries, especially in the period after the Second World War. Historically, the United States and European Union countries together accounted for over 50% of carbon dioxide emissions since the mid-18th century, followed by China, Russia, Japan and India. On the other hand, the carbon footprint of most low- and middle-income countries ranges from negligible to minimal, both now and in the past.

In a recent paper published in the December 2021 issue of Health and Human Rights Journal, Audrey Chapman and I presented an institutional framework for establishing an economic reparation mechanism to financially assist low- and middle-income countries most impacted by the ravages of climate change. Based principally on ethical and human rights grounds, we suggest the creation of a Global Climate Reparations Fund (GCRF) to enhance the international community’s means to compensate for current loss and damage, in addition to providing funds for adaptation projects and building resilience programs.

We propose the GCRF be patterned after the Global Fund to Fight AIDS, Tuberculosis and Malaria, an international, multistakeholder financing organisation that was established to combat serious global health problems. The financial mechanism would raise funds from governments and fossil fuel corporations to be administered by GCRF, while being overseen by the UN Human Rights Council, in conjunction with other multilateral agencies.

It is well past time for decisive action on this question, for it is imperative that adequate funding for such programs become readily available in the next few decades. Inability to do so would also lead to severe global insecurity in the form of tens of millions of environmental refugees seeking safe havens in less impacted regions.

To date, a pitifully small amount of funding has been provided by the international financial community to address such compensatory and adaptation programs in poor countries. Only about $2 to $5 billion of the $100 billion target by 2020 that had agreed upon at the COP15 meeting over ten years ago has been raised thus far from developed countries and from private lenders.

For policymakers and world leaders, the concept of climate change reparations should be given the highest priority at the upcoming COP27 meeting in Sharm El-Sheikh, Egypt later this year. The proposed creation of a climate-related reparations fund, which follows well-established human rights standards, including equity, transparency, and accountability, would go a long way in achieving such an abundantly needed institutional financial mechanism for restorative justice and global security.

Read the full paper in Health and Human Rights here.

Dr. A. Karim Ahmed is an internationally recognised science and policy expert in the field of environmental sciences, natural resource management, technology assessment and public health. Read his biography for the Global Council for Science and Environment, of which he is a director, here. 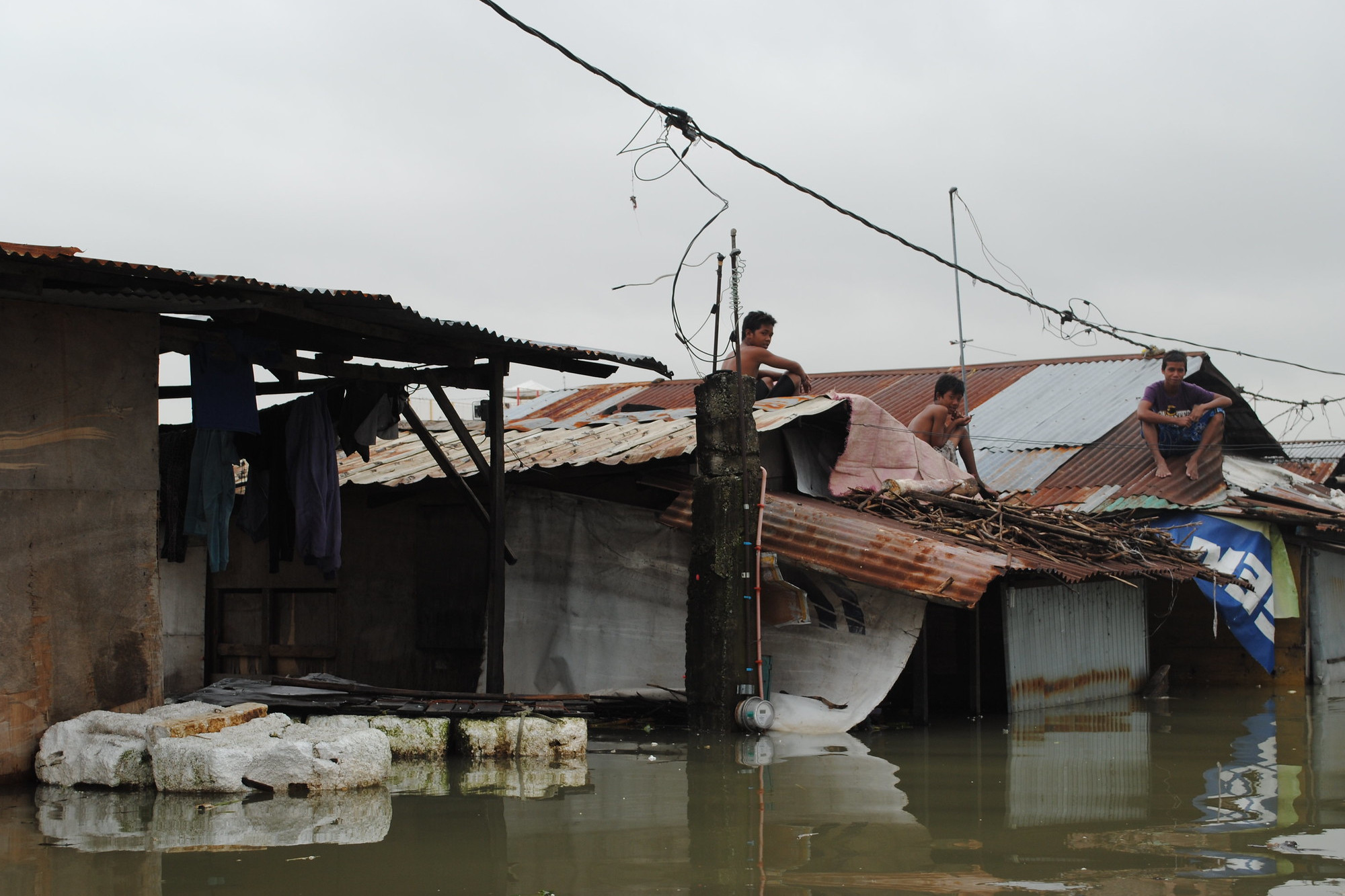 What is the financial cost of loss and damage from climate change?

Even conservative estimates show the climate crisis has cost poor countries more than half a trillion dollars already - it is past time to define and fund loss and damage, say A. Karim Ahmed and Jeffrey D. Tamucci