To stop fossil fuel finance, The Equator Principles must change The Equator Principles are a risk management framework adopted in 2003 by banks and other financial institutions to determine, assess and manage environmental and social risk for large infrastructure projects. They represent a minimum standard for due diligence in finance. There are currently over 120 signatory banks in 38 countries, including some of the largest banks in the world.

Financial institutions of all sizes, but especially large banks, are coming under much greater scrutiny for their role in either exacerbating or tackling the climate emergency. One of the top two priorities for COP26 was to “mobilise finance”. As well as finding money for green solutions, the other side of the coin to mobilising climate finance is to starve high-emitting sectors of long-term funding. Unfortunately, commitments from banks to “reach net-zero by 2050” or to align with the Paris Climate Agreement are not just falling short, they are actively moving in the opposite direction. Fossil fuel finance is growing.

BankTrack’s latest report examines, for the first time, how the fossil fuel industry is being financed under the auspices of the Equator Principles. It finds that, despite commitments from banks to support the objectives of the Paris Climate Agreement, at least 200 large fossil fuel projects have been financed under the Principles since 2016. These are principles that are supposed to promote environmental behaviour among banks.

Based on analysis of data from the 2021 Banking on Climate Chaos report, the 37 largest Equator banks together provided US$2.9 trillion to fossil fuel projects and companies between 2016 and 2020, including US$1.2 trillion to the top 100 companies that are working to expand the fossil fuel industry’s reserves. This includes investments into new exploration projects or infrastructure that further locks us into a fossil-fuelled future.

Huge fossil fuel projects are greenlit under the Equator Principles

Whilst the Principles are not designed as a tool for banks to manage their own climate impact, the latest iteration of the Principles, which came into effect in October 2020, does include some limited additions on climate change. Most importantly, in the preamble, the rubric states that Equator Principles Financial Institutions (EPFIs) commit to “…support the objectives of the 2015 Paris Climate Agreement…when financing projects…”.

The aim of the Paris Agreement is to keep the average global temperature rise to 1.5 degrees. The IPCC, International Energy Agency and several UN bodies have all made it clear that new fossil fuel developments are out of line with this goal. So each new oil well, coal mine, coal power plant or gas terminal is incompatible with achieving the goals of the Paris Agreement.

The commitment by Equator signatory banks to support the Paris Agreement has not been followed by any requirements to stop financing new fossil fuel projects and infrastructure under the Principles. It is perfectly feasible for an Equator bank to continue financing fossil fuel projects that are deemed “Equator compliant”, despite this threatening the aims of the Paris agreement.

People are being displaced under the Equator Principles

The fossil infrastructure financed under the Equator Principles typically does not only have a large adverse impact on the world’s climate, it also causes substantial damage to communities and the environment. BankTrack’s report highlights eight examples of fossil fuel projects financed, or due to be financed, under the Equator Principles since 2016 which have been the subject of community resistance.

These projects include the Vung Ang 2 coal power plant in Vietnam, which will not only emit huge quantities of airborne pollutants but will also require large swathes of forests to be cleared and thousands of residents relocated in order to go ahead. Japanese banks SMBC, MUFG, Mizuho and Sumitomo Mitsui Trust Holdings have all financed this project.

Then there is the Coastal GasLink pipeline that runs through the lands of the Wet’suwet’en Indigenous nation (in British Columbia) without their consent and comes with huge environmental risks such as pollution and diesel spills. Equator banks BMO, Caixabank, CIBC, Citi, NAB, RBC and Scotiabank were all involved in financing the project, but many more Equator banks that failed to report are financing the project as well. On 19 October, the Gidimt’en Checkpoint from the Wet’suwet’en Nation issued a letter to over 35 investors of the pipeline project demanding them to withdraw their support.

A third example is the Mozambique LNG project that will probably emit a staggering 44 million tons of CO2 per year and is located in a region suffering from the consequences of ongoing violent conflict, made worse by militant attacks and the use of the army and private security companies brought in to protect the project’s facilities. Crédit Agricole and FirstRand both reported financing for the project, but – again – many other Equator banks that failed to report are also financing the project.

Even existing climate requirements are not being met

There is clearly a profound disconnect between the objective of the Equator Principles to act as a tool for managing environmental and social risk and the systematic financing of fossil fuel projects by signatories.

The limited climate-related requirements of the Equator Principles include, where relevant, conducting a Climate Change Risk Assessment, evaluating lower greenhouse gas (GHG) intensive alternatives in an “Alternatives Analysis” and publishing annual GHG emissions reports [1]. Our report found that even these basic climate-related requirements were not being met in most cases. However, there are more fundamental flaws with the very idea of an “Equator compliant” fossil fuel project in a time of accelerating climate crisis.

Banks are lagging behind the rest of the world on policy

Since the commitment of the Equator Principles Association (EPA) to support the objectives of the Paris Agreement was included in the first draft of the latest iteration of the Principles (EP4) in 2018, the urgency of the climate emergency has only grown in severity.

BankTrack is calling on the EPA and all Equator banks to explicitly commit to the 1.5 degree target and, beyond this, to provide clarity on how they plan to help reach this goal.

The Equator Principles should no longer allow any financing for new fossil fuel infrastructure, nor should there be any room under the Principles to provide finance to projects that abuse human and Indigenous rights.

No end in sight for fossil fuel finance

COP26 saw over 100 countries pledging to stop deforestation by 2030 and to reduce methane emissions, with a further 39 countries and financial institutions pledging to stop financing fossil fuels abroad. Another, partly overlapping group of countries formed the Beyond Oil and Gas Alliance (BOGA), committing to end future oil and gas production within their borders. However, the final COP26 text falls far short of what needs to be done to stay within 1.5 degrees of warming, despite including a historic reference to fossil fuels.

Article 19 re-emphasises the need for “financial institutions and the private sector to enhance finance mobilization…to achieve climate plans”. Despite numerous climate commitments being announced by banks during COP26, we are yet to see any concrete fossil fuel phase out plans including an immediate end to finance for all new fossil fuel projects, which is what science clearly demands as the climate crisis escalates. In October this year, La Banque Postale became the first bank to commit to a complete exit from oil and gas by 2030. This move has not been replicated by a single other Equator bank to date – a far cry from the concrete action we need to see from banks.

BankTrack’s global call on banks, endorsed by over 200 organisations, sets out civil society expectations on banks to immediately end finance for new fossil fuels and phase out ongoing finance for the industry on a 1.5 aligned timeline. Additionally, in November, BankTrack sent an open letter to the Equator Principles Association (EPA) during their AGM together with several civil society organisations setting out our expectations for action on climate, biodiversity and human rights from the EPA.

As an Association of over 120 financial institutions, including some of the world’s largest commercial banks, a strong commitment from the EPA to tackle the climate crisis and protect human and Indigenous rights would have a significant impact in the financial services sector. It would show a level of leadership in ensuring a just transition for people and the planet that we have not yet seen from any financial actor. It is high time for action.

You can read BankTrack’s full report on The Equator Principles here.

Hannah Greep is a human rights campaigner at BankTrack conducting research into bank policies and commitments on human rights and the environment, highlighting discrepancies between bank policy and practice. She coordinates BankTrack’s ‘Tracking the Equator Principles‘ campaign. Follow her on Twitter here. 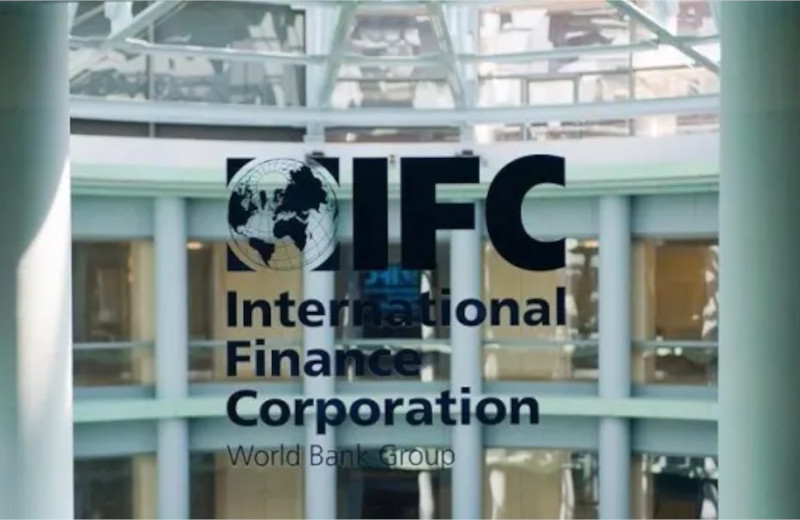 The Green Equity Approach can help end coal finance, but it needs reform

The International Finance Corporation is trialling a new ‘green equity’ approach. Kate Geary from Recourse talks about why this is important, and what needs improving to phase out fossil fuel finance.