What is Bioenergy with Carbon Capture and Storage? The BECCS for power basics.

Get an overview of the whole picture with BECCS: what it is, what projects are happening, and why it might not be such a good thing for the planet.

Scientists to European Parliament: Fit for 55 package will cause deforestation and harm food security

What is Bioenergy with Carbon Capture and Storage? The BECCS for power basics.

The Problem of Bioenergy in the EU

What is BECCS for power?

BECCS is the sum of two existing technologies combined in an attempt to remove carbon from the atmosphere and store it underground, as well as generating ‘zero carbon’ heat and power, according to its advocates.

These technologies are bioenergy, and carbon capture and storage (CCS). Both are broad categories that can involve different types of process and facility. BECCS is often put forward in climate models as a potential solution for tackling so called “hard to abate” residual emissions which more conventional decarbonisation may not be able to remove.

Bioenergy is the use of biomass (organic matter such as wood, plants, or agricultural waste) as fuel to generate energy. This can take different forms and functions, but when used for power generation, involves burning biomass in power stations to produce electricity [1]. The dominant feedstock for these facilities is wood pellets, which is a source of controversy.[2]

Biomass is renewable in the sense that plants can be regrown, unlike fossil fuels, which are millions of years old. But burning biomass often releases more CO2 than coal or natural gas stations.[3]

CCS describes any technology that separates carbon dioxide from other gases (in the air, or in the flue from a smokestack) and then stores it permanently – normally in reservoirs underground.

BECCS proposes to capture and store most of the emissions from burning biomass, leading to ‘negative emissions’ as new crops or trees grow.

Why is BECCS considered a Negative Emissions Technology (NET)?

A negative emissions technology (NET) removes more carbon dioxide from the atmosphere than it emits.

Most forms of CCS are not NETs, because they only capture a proportion of emissions from fossil fuel power plants or industrial processes. Target capture rates are normally between 90 and 95%, though this has rarely been met in past projects, many of which have emitted more CO2 than they removed.[4] Carbon accounting is increasingly contested when supply chain emissions and other factors are included,[5] and the higher the capture rate, the less surplus power is available, meaning that BECCS is unlikely to provide much electricity[6].

Unlike fossil fuel CCS or industrial CCS, BECCS is considered a NET because bioenergy is classed as carbon-neutral in the energy sector. This means that even if a BECCS plant is only capturing a small proportion of its emissions, the overall impact is assumed to remove, not emit, CO2 to the atmosphere.

Under UNFCCC rules, bioenergy is categorised as carbon neutral in the energy sector to avoid double counting of emissions. This guidance dictates that biomass emissions should be accounted at the point of harvest in the land, land use change and forestry (LULUCF) sector, rather than the energy sector. The IPCC explicitly warns against representing biomass energy as in fact producing zero emissions: “the approach of not including these [bioenergy] emissions in the Energy Sector total should not be interpreted as a conclusion about the sustainability or carbon neutrality of bioenergy.”[7] In reality, biomass emissions in the LULUCF sector are often not accounted for at all or only partially, depending on the land use accounting regime that countries choose to adopt.[8] Many experts have suggested that this loophole has been one of the major incentives to burn biomass for energy, as it means that there is no official record in carbon accounts of the emissions released.[9]

Proponents of power bioenergy argue that even when these biomass smokestack emissions are fully accounted for, carbon neutrality can be achieved when an equal amount of carbon is sequestered by replanting new trees or crops. However, scientists have highlighted that the decades taken for new trees to sequester equivalent carbon to that released generates a ‘carbon debt’ of CO2 in the atmosphere that will not be repaid in time to meet the Paris Agreement, or even to prevent irreversible climatic ‘tipping points’.[10,11]

How is BECCS used in climate change policy and modelling?

BECCS has become increasingly prominent in mitigation pathways[12] and net zero strategies, usually used to offset sectors that are seen as hard to decarbonise – such as agriculture, shipping, air travel, and industrial production such as cement, steel, and chemical manufacturing. The ‘hard to abate’ emissions from such sectors can create tricky gaps in the carbon accounting for policy modellers, and BECCS offers a seemingly simple solution or a “filler” for those gaps.

In the Intergovernmental Panel on Climate Change’s 2022 report on climate mitigation, most pathways included BECCS, ranging from 30GtCO2 captured by 2100, to 780GtCO2. Though this is considerably less than its previous report in 2018, the scale is still enormous: for context, global emissions in 2020 were 34.8 GtCO2.

The International Energy Agency is less ambitious with BECCS, citing expected limitations on the availability of sustainable biomass in its 2020 Special Report on CCUS. Their Sustainable Development Scenario has BECCS capturing and storing around 45 GtCO2 by 2070.

According to a 2021 paper published in Frontiers in Climate[13], 25 countries have national strategies for carbon dioxide removal. The majority of these do not include BECCS, preferring to focus on using soil and forests. Only 10 include BECCS: Canada, Denmark, Finland, France, Japan, The Netherlands, Norway, Sweden, The UK, and The USA.

Is BECCS already in operation? How many facilities are there?

According to data from Oxford University’s CO2 Removal Hub[14], in September 2021 there were two small-scale, but operational BECCS for power projects in the world. One is Drax’s woodburning pilot in the UK, only capturing one tonne of CO2 a day, which is not stored. The other is Toshiba’s demonstration project in Japan, which burns pine kernel shells.

There are four commercial BECCS for power projects around the world in development stages, none of which are operational. The largest, by far, is an expansion of Drax’s UK pilot, which will aim to capture 4.3 MtCO2 per year. If Drax receives further public subsidy in 2024, they plan to begin operating their first BECCS unit in 2027, with two units fully running by 2030.

Whether Drax should receive this subsidy is a point of debate in UK politics. Letters have been written to the Energy Minister raising concerns about BECCS both from the Environmental Audit Committee and from groups of MPs. The Head of Carbon Budgets at the Climate Change Committee has warned that it is “very difficult” to make Drax’s current supply chain sustainable, saying that imported biomass “is not something that the UK should be relying on at large scale”.

What are the markets for carbon removals that are being proposed?

Currently, the EU and UK ETSs do not include BECCS removals. In the EU ETS, a pollutant power station installing CCS can reduce its compliance obligations, but seeing as power bioenergy is classed as carbon-neutral anyway, this is not needed.

‘Removal units’ can be traded in the ETSs of California, Korea, New Zealand, and some Chinese pilot ETSs[15] – but these largely apply to forestry and soil sequestration, and are not yet trading tech removals like direct air capture or BECCS. Discussions are happening within the EU to introduce a mechanism to include tech removals in the ETS, but this is unlikely to happen for many years.[16]

Very little BECCS for power is operational yet, so there is not much to trade, regardless. But the voluntary carbon market, which is ahead of most ETSs in trading removals, now trades “future vintages” – offset credits for projects that are yet to happen.[17] This could see a rise in BECCS offsets in the near future.

At the moment, there is no known seller of BECCS for power offsets.

What are the challenges of using BECCS?

What alternatives are there for negative emissions?

What did the latest IPCC report say about BECCS?

In the IPCC Working Group Three’s 2022 report on mitigation pathways, BECCS is still by far the most favoured option for carbon dioxide removal. Pathways to limit warning to 1.5°C with no or limited temperature overshoot require cropland for biomass spanning 56 to 482 million hectares. For context, India is 329 million hectares.

Despite this, the IPCC repeatedly states that pathways with large-scale biocrops “can have adverse socio-economic and environmental impacts, including on biodiversity, food and water security, local livelihoods and on the rights of Indigenous Peoples, especially if implemented at large scales and where land tenure is insecure,” and that “large-scale bioenergy deployment could increase risks of desertification, land degradation, food insecurity, and higher water withdrawal”.

A recurring point in the report is that although negative emissions are needed, which for the IPCC usually means a mixture of BECCS and planting new forests, it is clear that the more BECCS there is, the harder it becomes to meet sustainable development goals (SDGs). The pathways with the most sustainable development are the ones with the least amount of BECCS, and the most significant downsizing of economies and demand reduction. In other words, we need to make and buy less stuff, and use less energy.

The report also acknowledged the uncertainty around BECCS; the lack of understanding around lifecycle emissions, whether it is viable without ecological and social harm, and whether it even produces negative emissions at all. BECCS “may not prove as effective as expected”, and its “long-term role in low-carbon energy systems is uncertain.” Despite the urgency with which BECCS projects need to be developed to meet the new pathways, the report states that BECCS “may not be a viable carbon removal strategy in the next 10-20 years.”

The report also acknowledges the ways in which IPCC integrated assessment models inherently favour BECCS over nature-based solutions and other methods of carbon removal.  This includes models preferring supply-side than demand-side measures, ignoring the impact of carbon payback periods for biomass, and favouring large-scale solutions that allow slow fossil phaseout.

What does the IPCC say about carbon removal?

Where can I find more detailed information about bioenergy and BECCS?

Is climate modelling undermined by economics and ideology?

What is BECCS and what does it mean for climate policy?

Bertie Harrison-Broninski is an Assistant Editor at Land and Climate Review, and a researcher studying bioenergy and BECCS policy for Culmer Raphael. He is also a freelance investigative journalist, with recent work including Al Jazeera’s Degrees of Abuse series and John Sweeney’s book on Ghislaine Maxwell. Find him on twitter @bertrandhb. 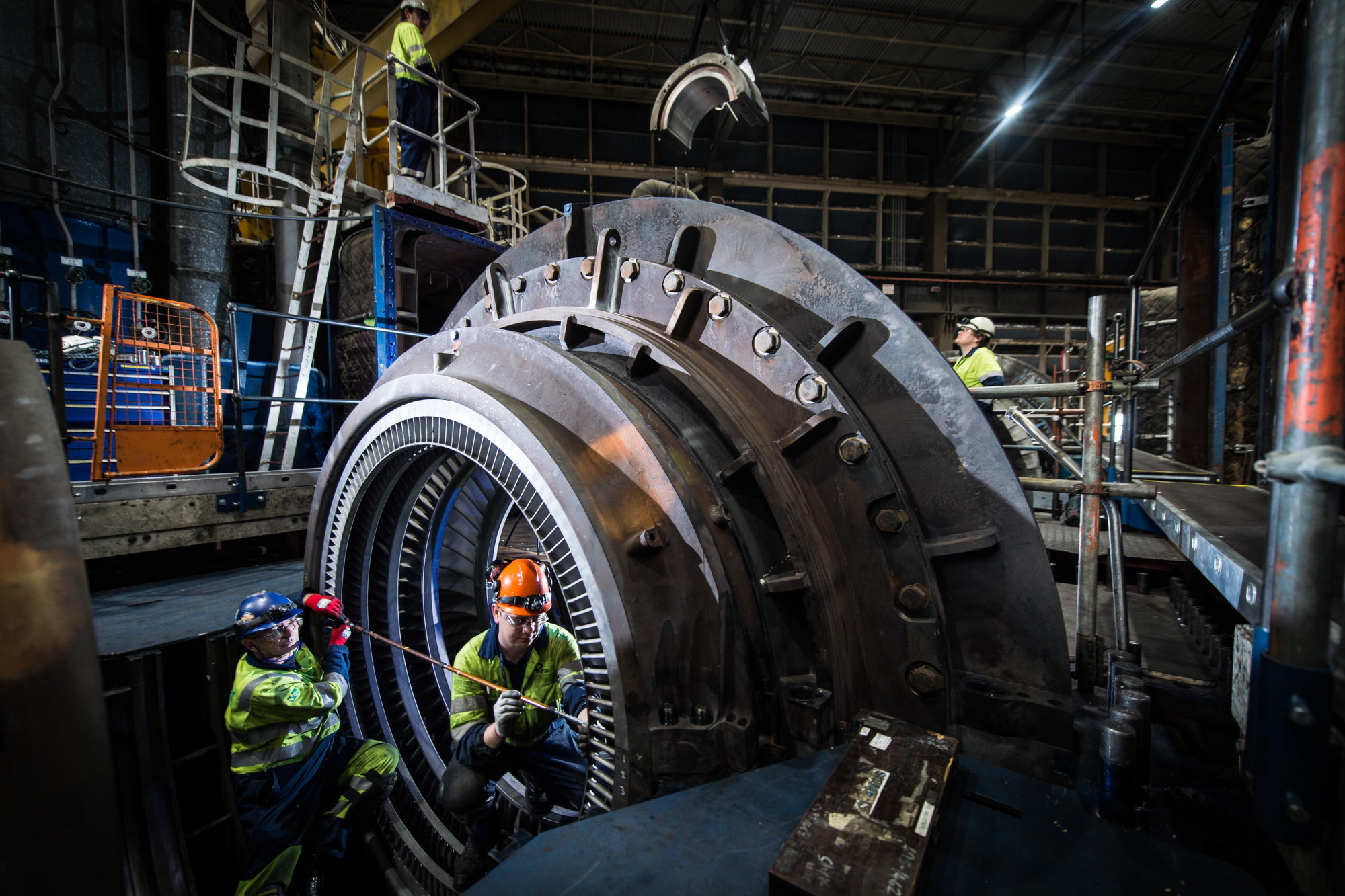 Why Carbon Capture and Storage matters: overshoot, models, and money

In the second article in our CCS series, Bertie Harrison-Broninski explains why CCS has a different status to other saviour tech: its place in climate modelling.
Read article