As keeping global heating to 1.5°C looks increasingly unlikely, some academics are suggesting we use aerosols or salt to block out the sun. Are they right, or risking everything?

What are the European Commission’s plans for negative emissions?

Who are you calling barren?

Could we refreeze the Arctic? How about dimming the sun? Or putting mirrors in space? The latest Intergovernmental Panel on Climate Change report presented the grimmest picture yet of climate change, warning that only the most drastic cuts in carbon emissions from now on would prevent environmental disaster. In response to this, a minority of scientists are renewing their push for a geoengineering solution to avoid a ‘hothouse earth’. Geoengineering is defined as the deliberate and large-scale manipulation of a natural environmental process that affects the Earth’s climate, in an attempt to counteract the effects of global warming.

Geoengineering broadly falls into two camps: carbon dioxide removal (CDR) and solar radiation management (SRM). The former refers to removing extant atmospheric carbon while the latter refers, essentially, to manipulating the effect that this carbon will have on global temperatures, via radiative forcing. In general, CDR is more widely accepted by the scientific community, with over 90 per cent of climate experts agreeing that it is necessary to limit climate change to non-dangerous level. By contrast, under 40 per cent back SRM in this way. The negative emissions technologies included in this study, in order of descending approval are: afforestation and reforestation; soil carbon re-sequestration, ecosystem restoration; direct air capture and storage (DACCS), bioenergy with carbon capture and storage (BECCS), biochar, blue carbon and ocean alkalinisation.

In 2012, a group of top economists ranked geoengineering research and development 12th most worthy of investment out of the 40 projects they were presented with, ahead of efforts to develop an HIV vaccine. Accordingly, the US National Academy of Sciences, Engineering, and Medicine conducted a 21-month project to study the potential impacts, benefits, and costs of climate engineering. Their 2015 report found that “climate intervention is no substitute for reductions in carbon dioxide emissions and adaptation efforts aimed at reducing the negative consequences of climate change.” To the report’s authors, SRM was thought to pose too many environmental and other risks that not are not well understood and therefore should not be deployed at climate-altering scale.

The mode of SRM under most discussion is ‘Stratospheric Aerosol Injection’ (or SAI). SAI aims to mimic the way a large volcanic eruption cools the atmosphere when the sulphur dioxide released in the ash plume combines with water vapour to form sulphuric acid aerosols, which reflect sunlight away from the Earth’s surface. After the Mount Pinatubo eruption in the Philippines in 1991, for example, the world experienced a short period of global cooling of around half a degree for two or three years afterwards.

Artificial SAI advocates propose the use of hot-air balloons or planes to introduce aerosols – or a some version of fine solid particles – into the air. Cambridge University’s Centre for Climate Repair headed by Sir David King is becoming a key organisation advancing research of this kind. The centre’s director, Dr Shaun Fitzgerald, told me that it’s imperative that we get to a net zero emission situation really, really quickly, so we need to explore our options.

Fitzgerald sees the centre’s research as providing the necessary knowledge base so that in the event that climate tipping points are reached and drastic action is needed, policymakers can make informed decisions.

But there are others figures in the field who are working to halt any geoengineering research beyond the lab. Earlier this year, more than 350 scientists signed the International Non-Use Agreement on Solar Geoengineering. Its founder, Professor Frank Biermann said “the purposeful, intentional development of such technologies is just plain dangerous.” It is the anti-geoengineering coalition’s stance that funding geoengineering experimentation demonstrates a lack of belief in the mitigation strategies modelled by the IPCC. “It takes the climate debate in the wrong direction,” Professor Bierman said.

Necessary or not, the technology to carry SAI equipment to the appropriate altitude has not yet been invented. And there are many unknowable variables with SAI. There is no guarantee that the cooling effects observed after the Mt. Pinatubo eruption would happen in the same way again. There is a reasonable chance that SAI could disrupt seasonal weather patterns, sparking floods or drought. Reducing the amount of sunlight that reaches the Earth’s surface could also interfere with crop growth, although it’s important to add that the status quo is already seeing a profound change in weather patterns.

What about the political considerations? Any large-scale SAI would, presumably,  involve large planes flying over international waters at all times. What with wars, resource deputies and territorial jealousies,  it’s hard to imagine a lasting, multilateral agreement. If SAI was suddenly stopped, temperatures could rebound rapidly, something known as “termination shock”. There has long been anxiety around “termination shock” in the scientific community, although recent studies have argued the likelihood of catastrophic consequences have been overplayed.

For Frank Bierman, we are in the most dangerous moment in global history since the Cuban Missile Crisis. “An exchange of nuclear weapons has never been as likely as today since 1961. To believe that, at some point, we will be able to have 1000 aeroplanes flying around, emitting sulphur for generations is mad.” There are also serious questions around the effects that SAI would have on regional weather patterns and, connected, global trade.

The other main area of geoengineering research is Marine Cloud Brightening. This approach uses ships to generate sea spray. The water droplets evaporate and the resulting salt crystals are carried into the air. Clouds form around the salt crystals, cooling the planet, as the salt crystals reflect more ultraviolet light. A benefit of marine cloud brightening is that it could be deployed on a more regional basis, side-stepping the geopolitical issues associated with SAI. However, as with all so called ‘albedo modification’, marine cloud brightening could affect large scale weather patterns if it were used on a scale large enough to offset climate change.

To be fair, both the Centre for Climate Repair and the Non-Use Coalition agree that reducing emissions is the most important response to climate change. “I would love to see the situation where geoengineering is not needed.” Dr Fitzgerald says. Professor Biermann, meanwhile, highlights social innovation as an important way forward. “In the 1950s and 60s, we had to rebuild cities to get the cars in, now we have to rebuild them again to get the cars out.” He said. He underscores degrowth as a workable route to reducing GHG emissions in the necessary timeframe. “Every day, there are 51 flights from London to Amsterdam. That is simply unnecessary.”

Is there any hope for a green aviation industry?

The problem may be revisited again, with greater publicity, in ten years’ time if emissions reductions have simply not happened fast enough. While the 2022 IPCC report omits geoengineering, it does state that only the most drastic cuts in carbon emissions from now would help prevent an environmental disaster. Geoengineering may be the wrong direction for radical climate thinking, but thinking radically is surely the right direction to be moving in.

Lauren is an Assistant Editor at LCR. Her work has focused on geopolitics & climate policy, emissions solutions in the buildings sector, and reviews of new environment titles. Find her LinkedIn here, or email her at lauren@elc-insight.org 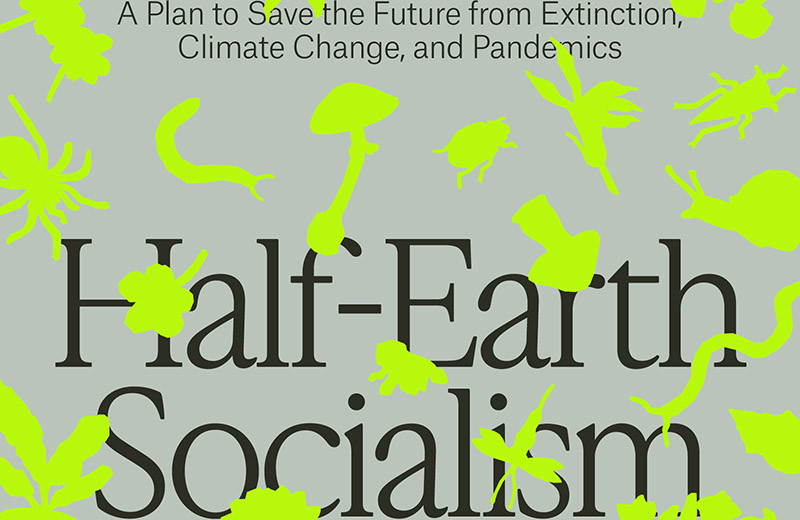